Samsung has announced that the Gear S2 and Tizen Smartwatches beyond will be compatible with Apple's iOS operating System.
By
Akshay
-
Jan 14, 2016
News, Smart Watch, Wearables

If the officials at Apple had been watching Samsung's CES keynote this year, its for certain to have sent some chills up their nerves for one of the key announcements made on their plans for future smartwatches and Gear S2. Samsung announced that a major OTA is on its way mid January which will make the Gear S2 compatible with Apple's iOS devices!

Google, last year in September had made a similar announcement stating that all Android Wear devices would be compatible with iOS and it was only a matter of time until Samsung followed Google's path to appeal to iOS users with its Tizen based Gear S2 and also announced that all its upcoming smartwatches will be compatible with iOS devices. The Gear S2 has been lauded as one of the better looking smartwatches that doesn't cut corners on the looks for "smart" functionalities which has been one of the primary reasons for the popularity of the Smartwatch. Samsung for a while now has been focusing a lot on bringing its a existing and future devices to an open platform standard to further increase their user base and at the same time promote Internet Of Things (IoT), which Samsung believes can only be done by making hardware and software compatibility across various manufacturers and platforms.

Samsung's CEO BK Yoon had a similar statement to make in a recent interview when talking about IoT. A part of the reason that has made Samsung to adopt to an Open Platform strategy has to do with running Tizen on most of its new devices including the Gear S2. Tizen being an Open Source web platform has made it easier for Samsung and community developers alike in making applications to a multiple devices at once and hence expanding the ecosystem. With Tizen's forray now into iOS based devices via the Gear S2, it won't be long until you see things like interacting with Siri from Samsung's crazy new Smart Family Hub Refrigerators or SUHD TVs and will enable Samsung to expand its market-share with the help of iOS users. 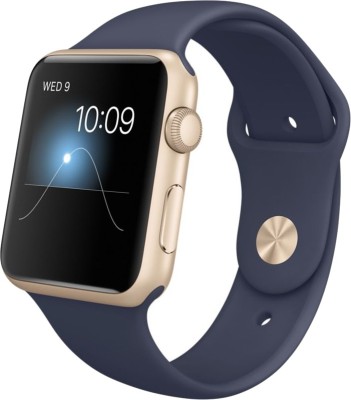 Although, Gear S2 will be made compatible with iOS devices, Samsung UK's head of product launch programs Kyle Brown stated that there still will be issues into getting all the features to work on the Gear S2 right away, which at-least for now is only exclusive to Apple's very own Apple Watch which according to recent reports has had a major chunk of the wearable market-share.

How to Create a Separate Network for Your IoT Gadgets