Samsung Z3 now available at a discounted price of ₹6,990 in India Samsung's current best Tizen OS based smartphone - the Samsung Z3 was initially launched in India back in October last year for a price of ₹8,490. However about 5 months down the line now, the smartphone bears a price tag of under 7k on various online stores. MySmartPrice, a popular online price comparison service lists that the Samsung Z3 is currently valued at around ₹6,900 across the top 3 e-commerce stores namely amazon,flipkart and snapdeal, with snapdeal holding the lowest price tag for the phone at ₹6,955. 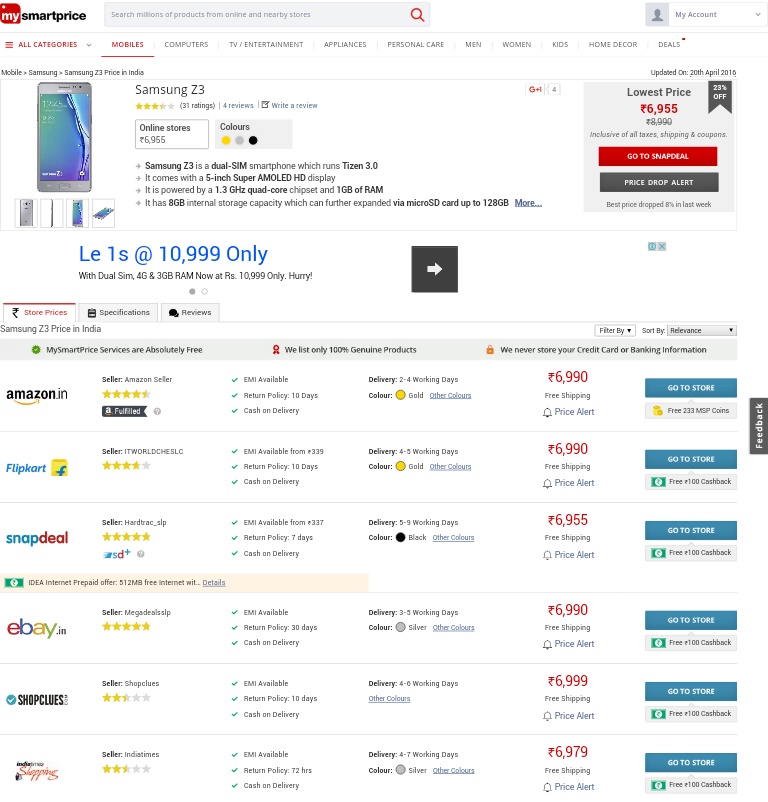 At a time when android smartphone manufacturers are going neck to neck in launching budget smartphones(including samsung for its J series) with nifty features like a fingerprint scanner,huge battery,metallic build, full HD screens etc for the same price as that of the Z3, it's rather uncertain that people would look out for this Tizen phone. But if you're one of those rare people who wants get started off with a Tizend device, then this is the phone for you. For the price (₹6,990 that is) you pay you get a decent 5 inch device with an amazing 720p sAMOLED screen,phenomenal battery life and a camera that's at par or even better at occassions compared to the budget leader in camera phones the Xiaomi Redmi 2.

2 comments on “Samsung Z3 now available at a discounted price of ₹6,990 in India”